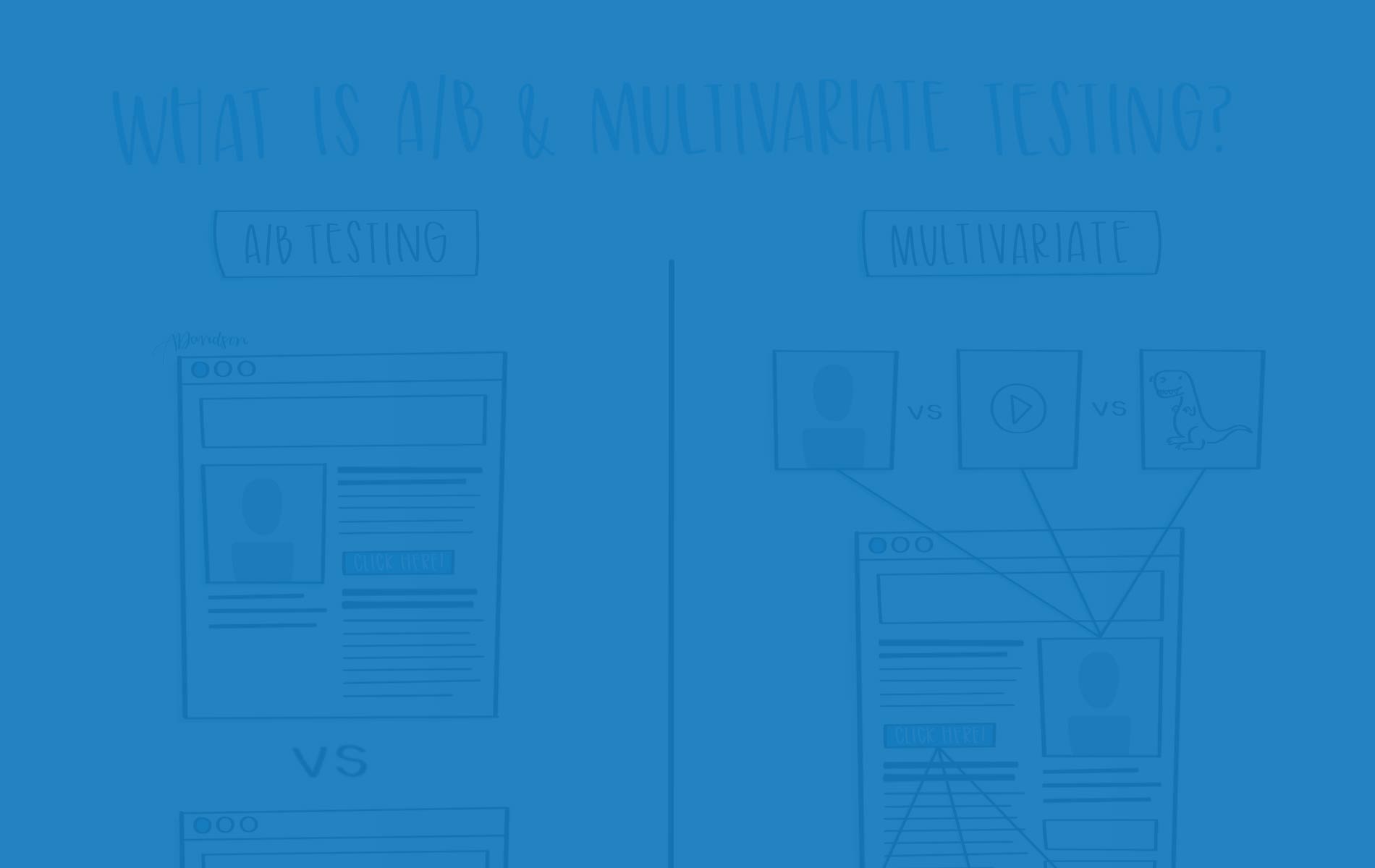 What is A/B & Multivariate Testing?

To get the most out of your web pages, you can’t just put them up and hope they work. You need to optimize them to achieve your end goals – whether that’s having visitors stay on your site longer, click thru to other offers, or complete a specific conversion goal.

To optimize your pages, you’ll need to test them. And when it comes to website testing, there are two main ways of doing it: A/B Split Testing and Multivariate Testing.

Why testing is important

Imagine that you’re paying an ad network for 10,000 views of your content. You want to make each of those views count.

If your conversion rate for the landing page you’re sending people to is 0.01%, you’re getting just one conversion out of those 10,000 views. If your goal is to get five conversions, you’ll need to increase your ad spend 5-fold!

But if you could find a way to increase that conversion rate from 0.01% to 0.05%, you’d have your five conversions met without spending a dollar more in advertising.

So now let’s get to testing.

In A/B split testing, you’re comparing two versions of a landing page – one is a control while the other is a variant of the page that is updated with something different – new text, an different image, a different layout all together, etc.

Once you have the two versions of the landing page, you have to identify the goal of the page for the experiment to begin. Usually this is a conversion goal like filling out a form or clicking to learn more about something.

Once the experiment is launched, your traffic gets randomly redirected to each version of the page. A visitor to your site has no idea that it’s part of a test and just sees one of the two versions of the page.

The experiment then tracks how well each page performs toward your selected goal over time.

For most A/B split testing software, once a statistically significant result is found – through the total number people selecting one version over the other – the test declares a winner. That winning page becomes the new standard bearer, and can be tested against a new version in a new A/B test.

In multivariate testing, instead of just testing two versions of a page against each other, multiple elements on a page are modified and tested against each other. Each combination of elements then gets an equal number of visitors randomly pushed to it.

This enables the tester to compare a higher number of variables at once.

These various combinations are usually dynamically created within the testing software, so you don’t have to create 100 iterations of the same page with various elements changed.

Being able to test all of your various elements in a single test sounds great, and you may be wondering why anyone would do multiple A/B tests instead of just one multivariate test.

Well, it comes down to visitor traffic.

Multivariate testing requires a large amount of traffic to test each of the combinations on the page thoroughly. The more elements being tested, the more traffic will be needed to come up with a significant result.

As a result, multivariate tests often don’t work well for most websites because it would take too long to run the test to get actionable feedback in time to make changes.

A/B testing, on the other hand, doesn’t require nearly as much traffic. Plus, A/B testing is usually much easier to do – just make two versions of a page and use testing software to split traffic between them.

There is no shortage of tools out there to help test your landing pages. Popular options are Google Optimize (free) and Optimizely (paid).

If your site uses WordPress, Split Testing Plugin is a great A/B testing tool that’s free and is entirely contained in the WordPress framework.

We’ve discussed the importance of conversion rate optimization in a previous post, so if you haven’t read that post, go check it out.

If you have high-trafficked pages on your site that you think could perform better, consider creating A/B or multivariate tests on them to see where optimizations may be made. After all, increasing conversion rates just a little bit can have a major impact on your site’s overall success.